The CoinPayments platform allows transactions to those who want to pay with cryptocurrencies.

The store will accept bitcoin, bitcoin cash, and litecoin as a payment method.

A Colombian chain of stores dedicated to aromatherapy, decided to embark on the Bitcoin (BTC) economy. This week, it announced that it began accepting cryptocurrencies as a payment method for its different items, even offering discounts to those who cancel in this way.

In a press release, the company, called Olfabrand, based in Bogotá, Colombia, and which sells scent diffusers and other related products, indicated that the type of payment it began to be implemented in digital channels, through the official website, this week.

In this sense, those who are interested in acquiring any of the products, have to enter the website and place the order. The payment with cryptocurrencies is executed through the CoinPayments gateway.

The Olfabrand initiative responds to a strategy that seeks to encourage virtual sales in Bitcoin, a cryptocurrency that has been growing in its adoption in the coffee country.

In the words of Andrés Astaiza, who is a founding partner of the company, the brand has been conceived as a technology-based «modern retail» company, «since we are connecting chemistry with the internet of things and we believe that cryptocurrencies they will be part of the future.

“That is why we are anticipating as we did with online sales before the pandemic and what allowed us to open physical stores this year in Bogotá, Medellín and Barranquilla,” he explained.

Olfabrand has faith in the cryptocurrency market and, therefore, estimates that by 2022 10% of its sales will be related to these assets. By 2032, they project that 90% of revenues will respond to these digital assets.

CriptoNoticias tried to contact a company spokesperson, but was unsuccessful. 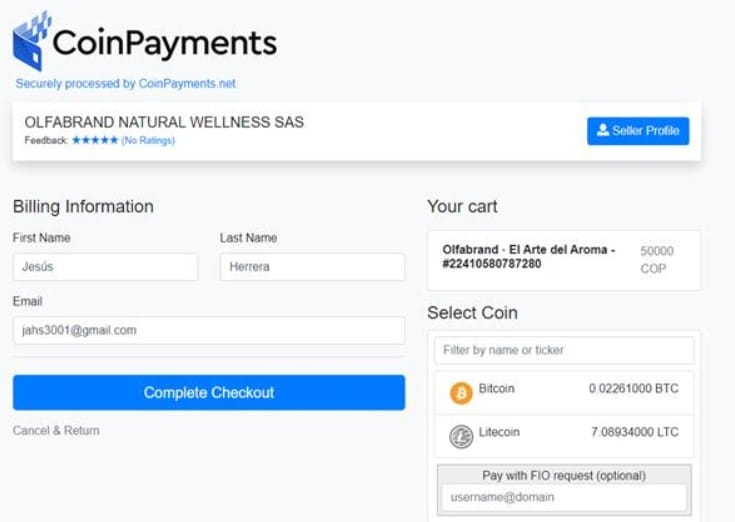 Olfabrand relies on CoinPayments to accept Bitcoin as a payment method / Source: Olfabrand.

The announcement of this brand comes to add to those already noted last year. In December, the real estate La Haus announced a residential project that it would accept bitcoin and other cryptocurrencies as means of payment, a fact reported by CriptoNoticias.

The company specified that the transactions will be made through the OpenNode payment processor that operates under the Bitcoin Lightning network.

On the other hand, Bancolombia, one of the largest financial groups in the South American country, announced a partnership with the Gemini exchange, so that clients can trade bitcoin, ether (ETH), litecoin (LTC) and bitcoin cash (BCH). 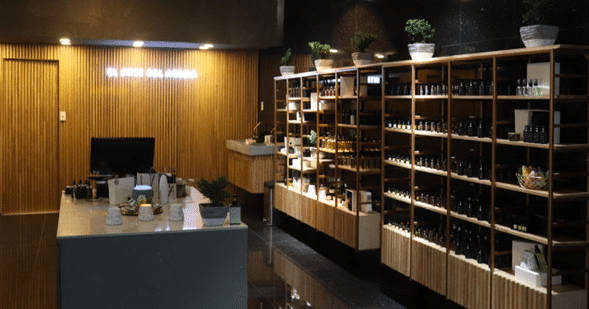 Olfabrand is a company dedicated to aromatherapy with a large presence in Colombia / Source: Fashion Network.

It should also be remembered that in Colombia there is a sandbox, or sandbox, where, for the sake of the growth and development of the Bitcoin ecosystem in Colombia, companies linked to cryptocurrencies and institutions in the banking sector came together to replicate “the good practices of the financial system in the field of crypto assets”, as stated by the country manager of the Buda.com exchange, Alejandro Beltrán.

And if we talk about the user side, it is good to note that Bitcoin was one of the 10 most searched news on the internet from Colombia. Specifically, it occupies number eight in the ranking of the Yahoo! search engine, as reported by this medium.

All this suggests that the arrival of a new company to the Colombian cryptocurrency ecosystem, translates into good omens for the development of the new economy, especially in this 2022 that has just started.