Stock market returns have come steady and strong this year, with the benchmark S&P 500 index rising by roughly 21%. That’s much better than the roughly 14% the index has returned on average over the past 10 years, and there are still a few months of trading activity left.

But any way you look at it, those returns pale in comparison to the gains delivered by cryptocurrencies in 2021. Among the top performers this year is Dogecoin, a token that has become popular within a segment of retail investors — it’s up more than 6,000% this year.

Yet Dogecoin’s more recent buyers aren’t replicating those blockbuster returns. At Thursday morning’s prices, Dogecoin has tumbled nearly 60% from its all-time highs this spring. Among the reasons for the steep drop is Dogecoin’s lack of utility. It’s not an efficient way to transact, unlike the more widely adopted tokens Bitcoin and Ethereum. Dogecoin’s founder admittedly created it as a joke, and it rose to fame on the back of viral social media promotion, rather than a tangible use case.

Investors who are pondering a Dogecoin purchase right now might do better to consider high-growth stocks instead. Owning a portfolio of real companies with real revenue streams can be far more rewarding over the long term. Here are two strong picks to get you started.

The company uses its technology to originate loans for banks, which in turn pay Upstart a fee, so it’s not exposed to any credit risk. It recently expanded into originating car loans, the biggest credit market it has ever operated in, and its growth has exploded.

Upstart has also raised its full-year 2021 revenue guidance twice so far. It’s now forecasting a top line of $750 million. If it delivers, that will amount to 221% year-over-year growth.

But it gets even better for investors. In April, Upstart acquired Prodigy, a car dealership sales software company that assisted in selling $1 billion worth of vehicles in the second quarter alone. Upstart and Prodigy are now working on an integration that will give Upstart the opportunity to finance some of those sales, which could supercharge its automotive ambitions.

Upstart is already profitable, which is a rare attribute among high-growth technology companies. Analysts expect it will deliver earnings per share of $1.33 in 2021, so at 178 times that figure, the stock doesn’t appear cheap. However, it’s the growth rate investors are paying for, and in three to five years, today’s price might look, in retrospect, like a bargain. 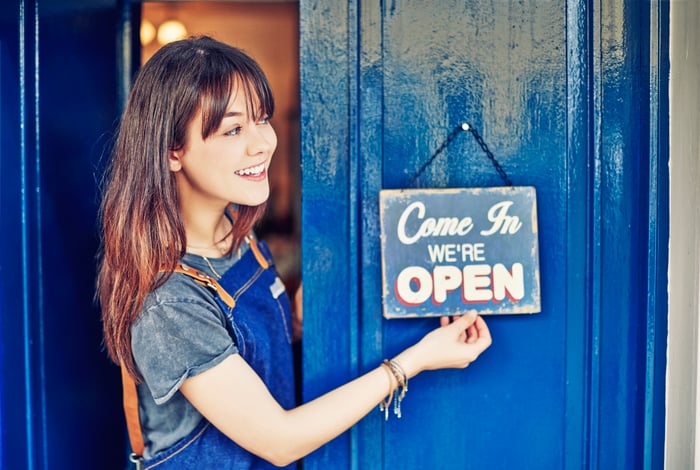 A second high-growth stock to consider instead of Dogecoin is Bill.com (NYSE:BILL), which operates a cloud-based payment management platform serving small and mid-sized businesses. The company created a digital inbox that its clients can use to manage the flow of invoices, allowing businesses to pay bills quickly and from one place.

Bill.com expects the U.S. economy to continue heating up, which will be beneficial to small businesses. And in its earnings release for its fiscal fourth quarter (which ended June 30), it offered explosive guidance for its fiscal 2022.

Bill.com generates the majority of its revenue through software subscriptions and transaction fees. The latter grew twice as fast as core revenue in the quarter ending June 30 — 204% to 100% — on the back of $42 billion in payments processed.

While Bill.com isn’t profitable yet, it should inch closer to breaking even in its fiscal 2022. With a gross margin above 74%, it can afford to invest in growth at the expense of short-term profits. It’s clear revenue growth hasn’t peaked yet, but when it does, the company will be able to cut back on spending to deliver earnings for investors.

The stock is trading at more than 110 times fiscal 2021 revenue, which is extremely high. But that multiple gets cut in half when measured against fiscal 2022 guidance. Similar to Upstart, this is a high-growth opportunity at a price that might look cheap in retrospect for patient investors who buy now.

But most important, Bill.com offers useful payment solutions to businesses, which Dogecoin does not.